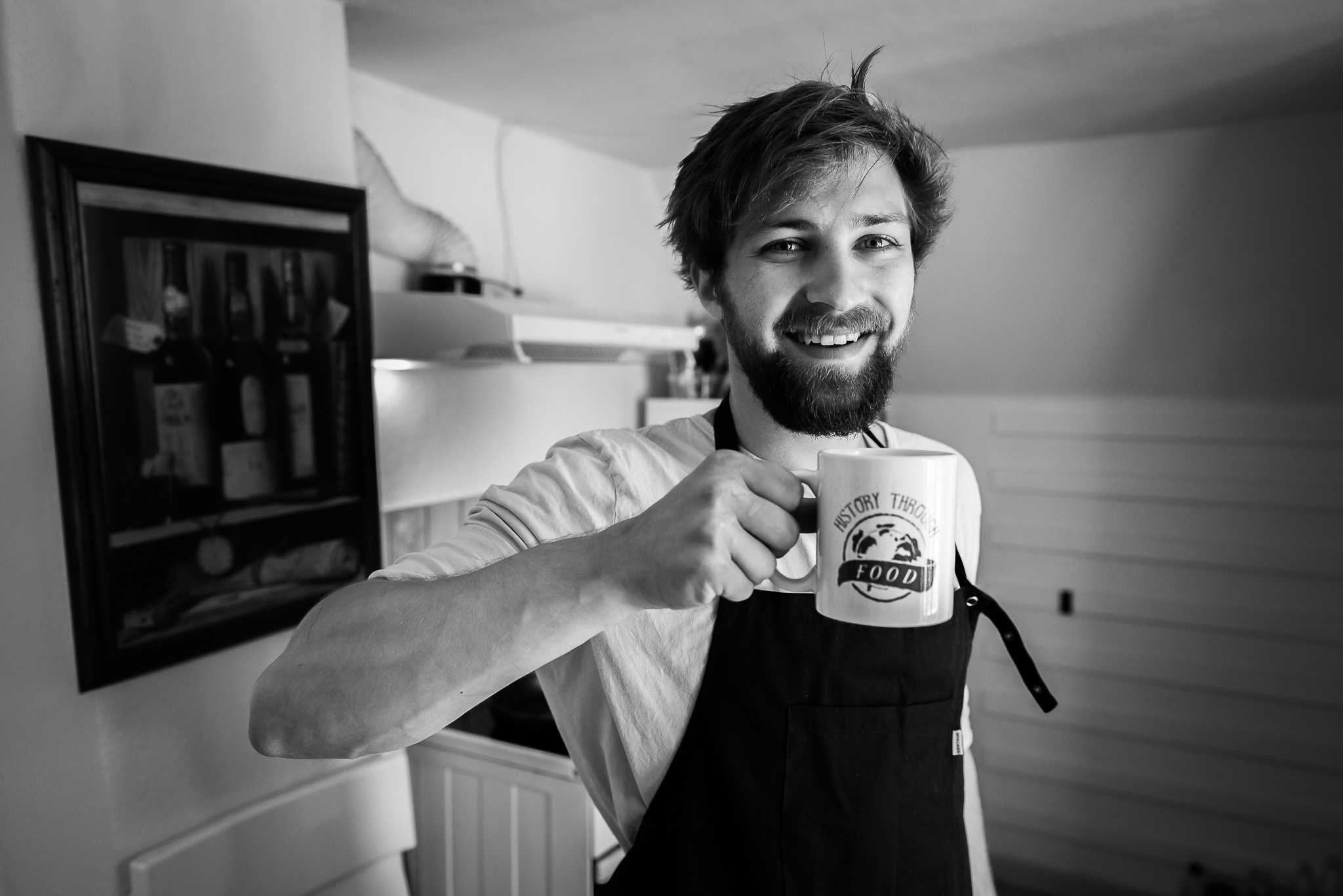 HTF by Catalin: The cook who will whet your appetite for traveling 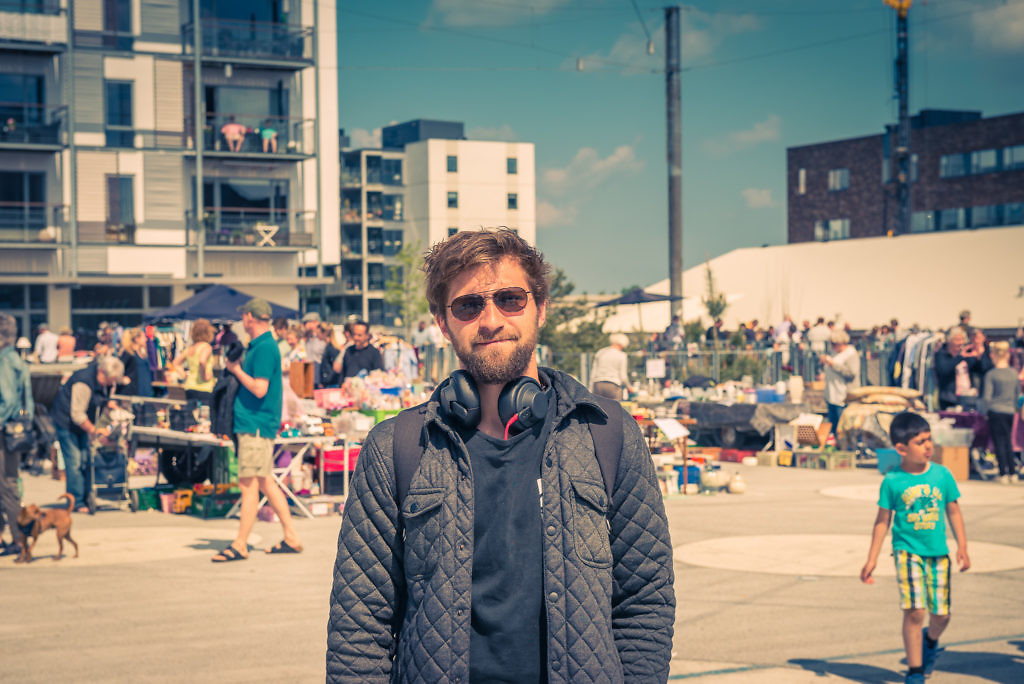 Catalin, 23 years, came to study in Denmark in 2013. His parents were not very surprised by his choice. He had always been a rebel who did only what he wanted, and all he had always wanted was to be independent. After high school he somehow ”forced” himself into this, knowing that living abroad will mean not receiving any help from his family, unlike being a student in Romania.
So, he came to Odense to study Innovation and entrepreneurship. While being a student and working as a dishwasher in a restaurant, something unexpected happened to him: he innovated himself.

Everything began in his childhood, of course.

His childhood tastes like polenta with sheep cheese and smoked sausages, the everyday breakfast at his grandparent’s house in a village in Transilvania. From the memories’ pot comes out the first dish he has cooked by himself as a child: fried eggs and fries. He made this every time he didn’t like the food from the fridge. Level 2: scrambled eggs.
But he really started to cook when he moved to Odense. ”I was sharing the apartment with a colleague from the Czech Republic and, yes, we had to cook for ourselves. We took turns and soon enough were in kind of a competition – who cooks what this week. So I started to cook all kind of soups from home I missed: meatballs soup, goulash, noodles soup. I also cooked fish, salads and all kind of things I could find on the internet.”
Later, when another friend who was vegetarian moved in, Catalin continued to cook for (at least) two. A new lesson from the ”learn by doing” cook book, chapter ”all the vegetables you can eat”. 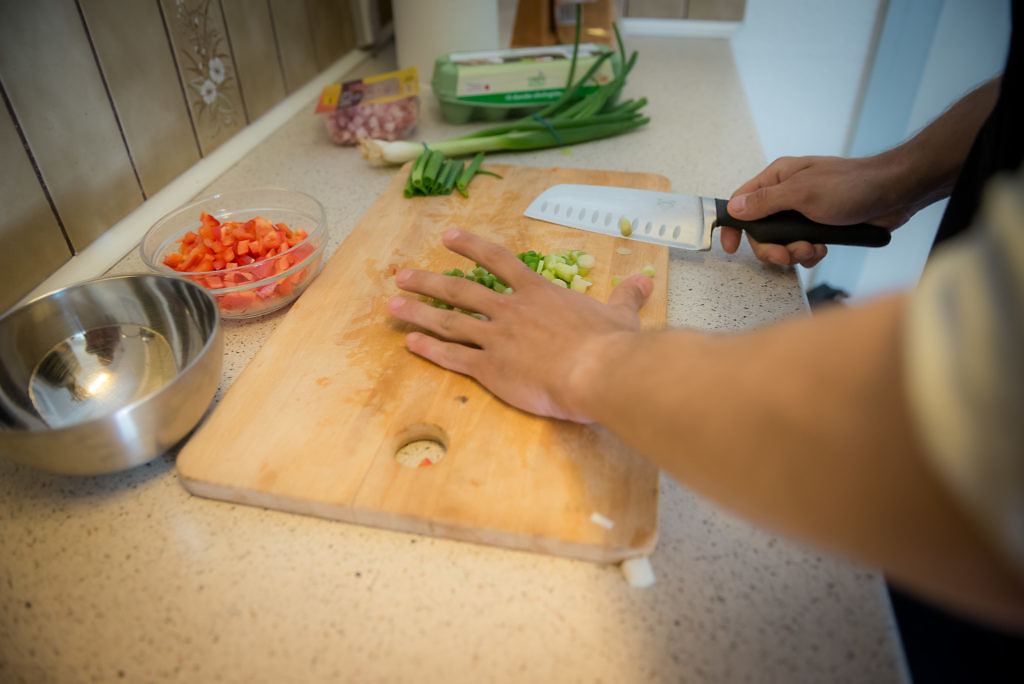 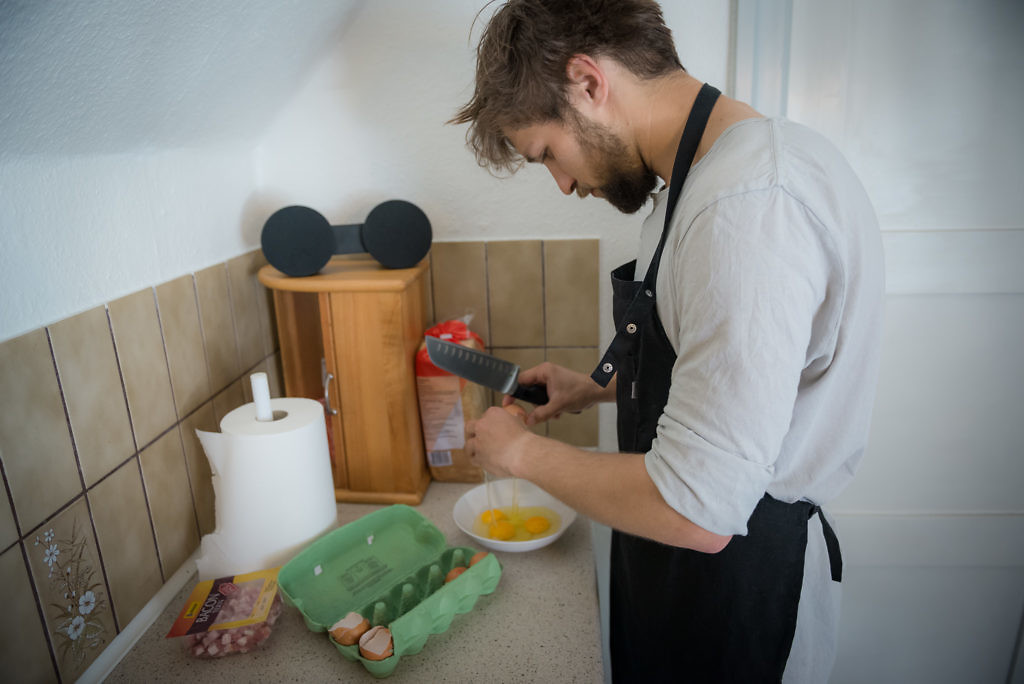 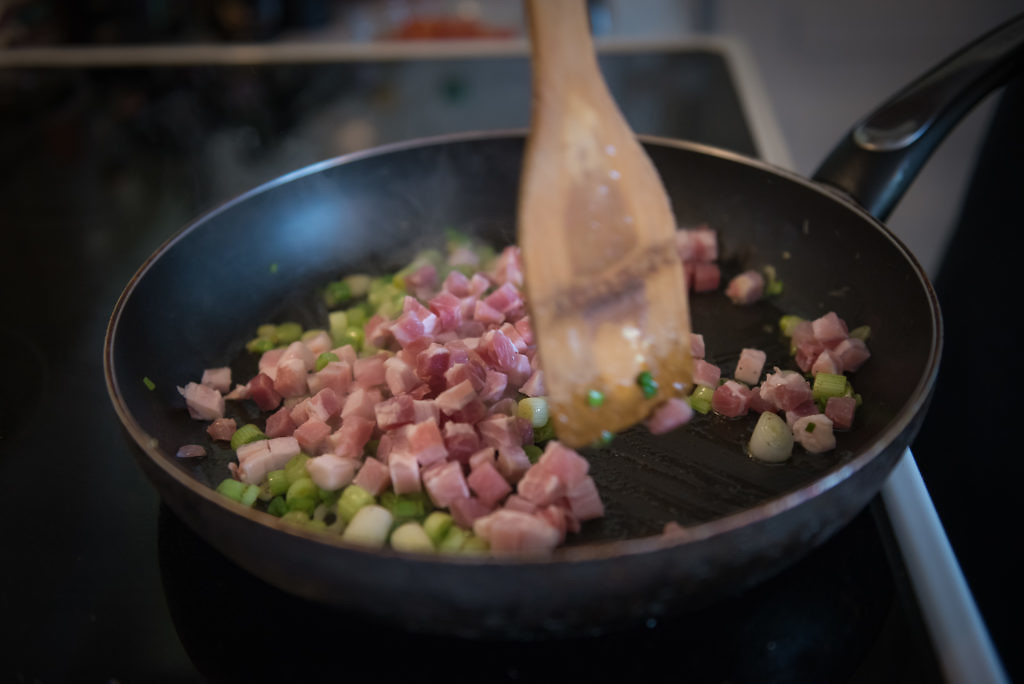 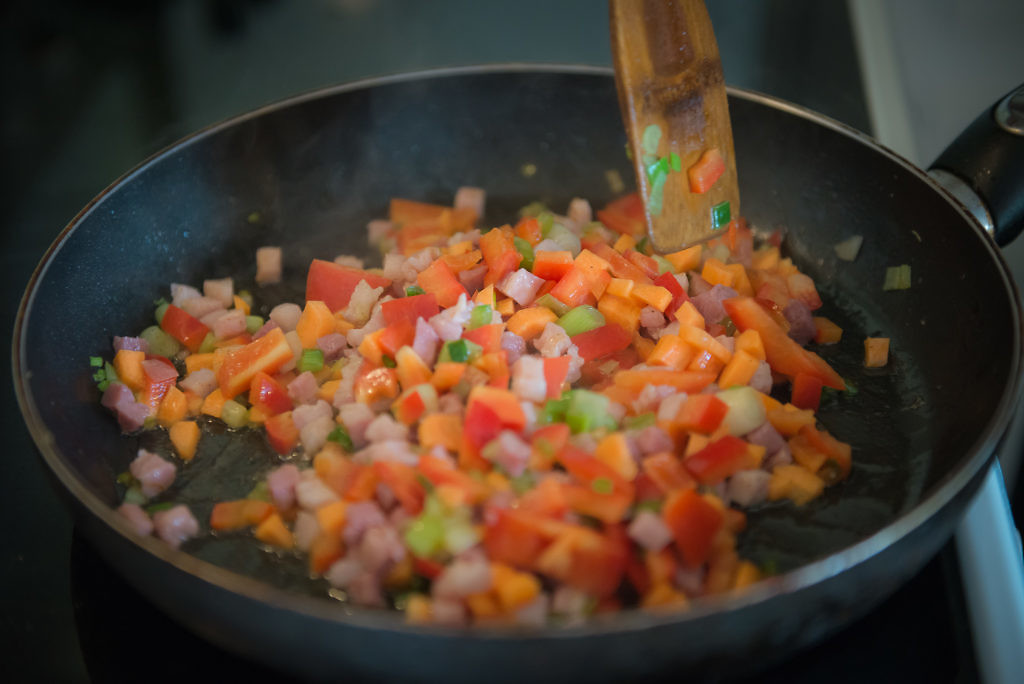 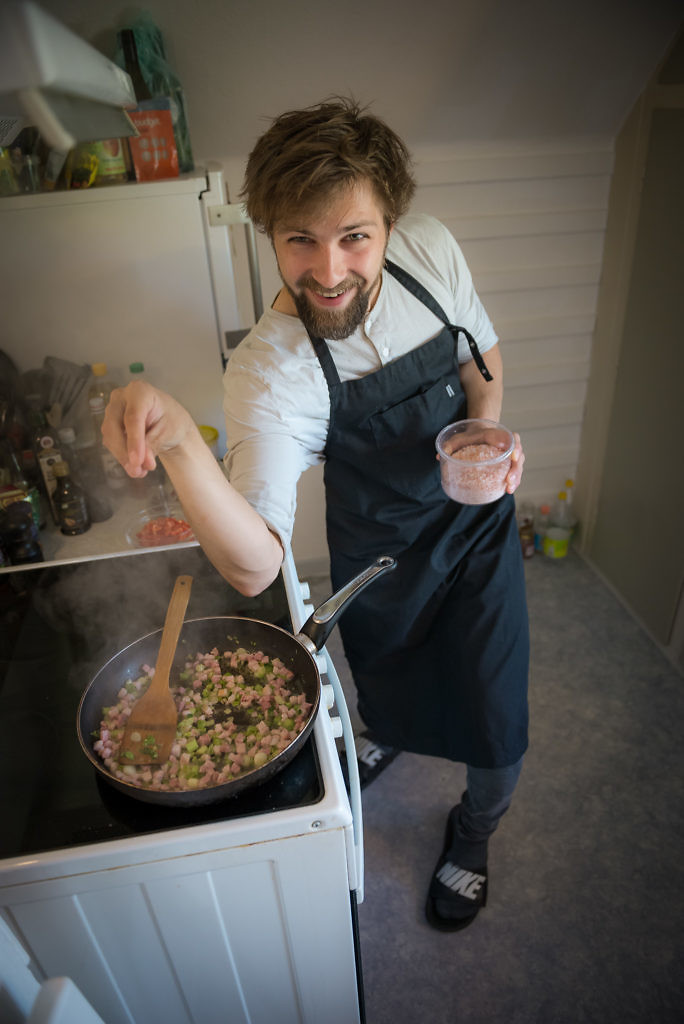 After, it got serious

He went to courses and also took a student job as a dishwasher in a restaurant. Some days, he finished his work faster and as he hated doing nothing he started to ask the chefs in the kitchen to give him something to do, to show him how to do things.

”I started asking them questions, and they started to give me small tasks: arrange this, cut this”.

One day, they asked him the big question: do you want to work in the kitchen?

He started to prepare the weekend brunch at the Nordatlantic restaurant and was called everytime chefs needed and extra hand. He saw it as an opportunity and grabbed it. Soon, he was the one to open the restaurant on Saturday. ”Maybe it doesn´t seem a big deal, but for me, it was a challenge. I don’t have any degrees or courses as a chef, except one about kitchen hygiene rules in Denmark. So I can say is all about passion and learning”.

”Let’s do it” moment

During the last year at school, he started thinking about the last internship. He had two options: working for others or working for his own company.

”I had a job at Co-Working (a hub for entrepreneurs), they had a kitchen and a canteen for 100 people there. I loved to cook. I had everything I needed, it was time”.

He opened his company, rented an office at the hub and developed the concept of ”History through food” events. The idea was to give people the opportunity to “travel” around the world through food and culture. Every event presented a country through the eyes, soul, and mouth a person coming from that country and after Catalin and volunteers served a 3-course meal with traditional dishes. And drinks, of course.

The first event about Transylvania was the most popular, over 70 people came to dine like Dracula. It was followed by cultural travels in Italy, Hungary, Thailand, Lithuania, Poland, Denmark, Czech Republic, India.

He started with an initial investment of 7000 kr and with only hope that in the end, he could pay the rent for space. He did it every time, but not earning more than needed for the next event. The most valuable return of investment was not money, but people he met. 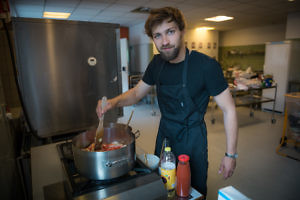 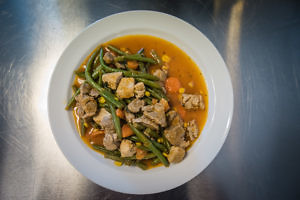 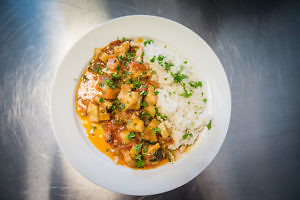 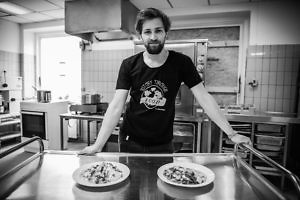 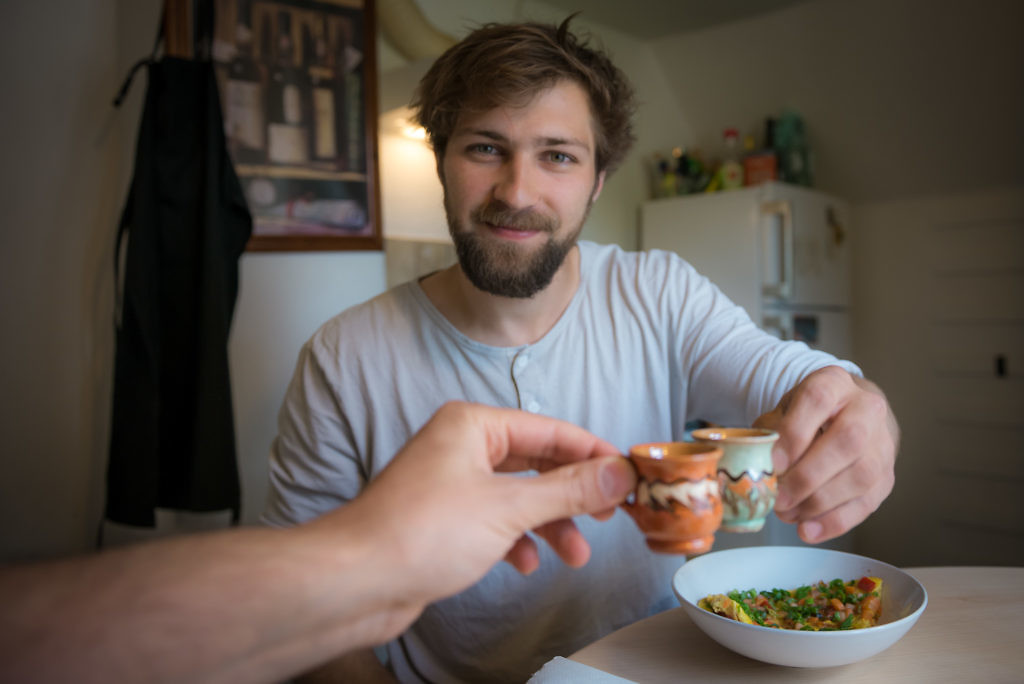 He misses Romanian parsley and the parsley misses him, too

In ”Cook for a Dane” project (started by International Community from Odense) he was ”matched” with Christopher who came over his house for a dinner. Catalin cooked for him polenta and mushrooms stew, beef steak with potatoes and parsley sauce. They drank palinca (a Romanian home made snaps) and kept in touch ever since.

Lately, he started a partnership with ”Second to the left” and started cooking for the bands that come in concerts in Odense.

But still, he dreams of a project that will make him happy: his own restaurant. He ”sees” it as a place that gathers all flavors of his beloved Transilvania. From the ”real parsley”, much stronger in taste and smell than the one that grows here, to different kinds of cheese, home made sausages, cabbage rolls, Kürtőskalács (horn cake or Hungarian twister) and, of course, palinca. 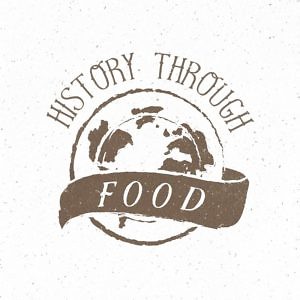 History Through Food is a new concept that will give you the opportunity to “travel” around the world through food and culture.

“The idea came due to the lack of time for traveling, so I decided to bring some of the traveling experiences like food, music, history, and culture, all together into thematic events in order to create the proper environment of a diner from another part of the world”.

Cozonac should be added to the menu 🙂

Should and will be! 🙂